Difference between Youth and Puberty

Key difference: 'Youth' and 'Puberty' is the basic phase and the change that living organisms go through in their lives respectively. Youth is an age group of adolescent children, while Puberty is the physical process of sexual development, which generally occurs during the teenage period. 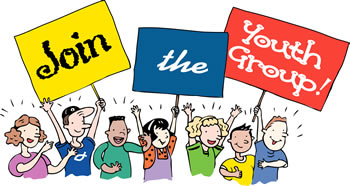 Youth is the phase of life, wherein an individual is called as young. Basically, it occurs between childhood and adulthood. The age ranges of these individuals are 16 to 24. These are generally fully matured and grown up individuals. They are the ones who have an attitude of facing challenges and taking risks in life. Youth are often considered as the developing individuals in a society. The terms like adolescent, teenager, kid, and young person are most often interchanged to refer to youth. It is a phase where an individual is all set to take decisions and learn to implement them for his/her future development. Scholars frame their concepts in accordance to their level of understanding and knowledge, for example - Robert Kennedy states: “This world demands the qualities of youth: not a time of life, but a state of mind, a temper of the will, a quality of imagination, a predominance of courage over timidity, of the appetite for adventure over the life of ease.” 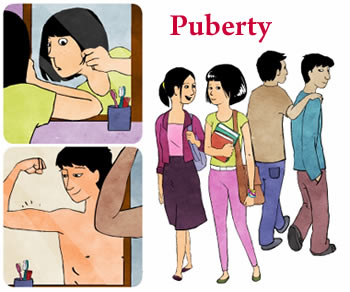 Puberty is the process of physical change in an individual after a specific period of time in life. Generally, this occurs during the teenage years or during adolescence, and differs in males and females in many aspects. In puberty, a child's body matures into an adult body capable of sexual reproduction to enable fertilization. The changes initiated are related to hormonal signals, which are directed from the brain to the gonads. The main changes occur in the ovaries in girls, and the testes in boys. During the first half of puberty, the physical growth of an individual accelerates with respect to height and weight. The main differences occur in the genitalia, penis and vagina among the boys and girls, respectively. On an average, girls begin puberty at ages 10–11and boys at the ages 11–12. Puberty in girls completes by 15–17 years of age, while in boys it completes up to 16–17  years of age. The major signal of puberty in females is the ‘menarche’, the onset of menstruation, (which occurs on average between ages 12–13). On the other hand, in males puberty begins first by the ejaculation (which occurs on average at age 13).

Youth and Puberty are relative aspects in living organisms, i.e. a fully matured youth attains his/her youth phase after attaining the puberty in his/her life. In puberty, not only do the physical aspects change, but there are also changes in the mental and hormonal aspects. It is due to puberty that an individual becomes more matured and starts understanding the various aspects of life. A grown up youth possesses all the developed physical and mental aspects. Sometimes, due to hereditary issues, or some hormonal problems, there are cases of late occurrence of puberty or prior occurrences, as it depends on the environmental conditions that a person dwells in. It is found that the age duration for puberty differs from place to place. The aspects of feelings and emotions are habituated among the youth in a more firm and expressive manner after puberty.

Comparison between Youth and Puberty: