Difference between Ebola and Bubonic Plague

Key Difference: Ebola and the Bubonic Plague are two completely different diseases but ones that are capable of creating an epidemic and cause widespread havoc. Ebola is caused by one of the five different types of ebolavirus, whereas the bubonic plague is caused by the Yersinia pestis. 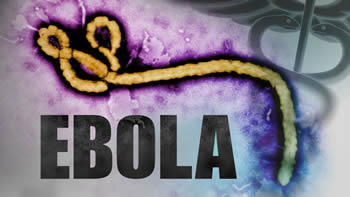 Ebola and the Bubonic Plague are two completely different diseases but ones that are capable of creating an epidemic and cause widespread havoc. The 2014 outbreak of Ebola in West Africa is its biggest outbreak to date and has caused 13,567 reported cases resulting in 4,960 deaths by 29th October, 2014. However, the largest Bubonic Plague outbreak was the pandemic in the Late Middle Ages known as the Black Death. The Black Death resulted in an estimated 25 million deaths, or 30–60% of the European population.
Ebola is caused by one of the five different types of ebolavirus, whereas the bubonic plague is caused by the Yersinia pestis, which is capable of causing three different types of plagues: pneumonic, septicemic, and bubonic. The bubonic plague kills about two thirds of its infected humans within four days if they do no receive prompt treatment as soon as they start showing symptoms, which can appear very suddenly within 2 to 5 days of being exposed to the bacteria.
The symptoms of the bubonic plague include chills, general ill feeling, high fever, muscle cramps, seizures, swelling, and changes in skin color. Other symptoms include heavy breathing, continuous vomiting of blood, aching limbs, coughing, and extreme pain, as well as fatigue, gastrointestinal problems, black dots scattered throughout the body, delirium, and coma. However, the characteristic symptom of the bubonic plague is the development of buboes (smooth, painful lymph gland swellings) in the armpits, upper femoral, groin and neck region. The patient may also suffer gangrene of the extremities such as toes, fingers, lips and tip of the nose, causing the skin to slow die and turn black; hence the name the black death. 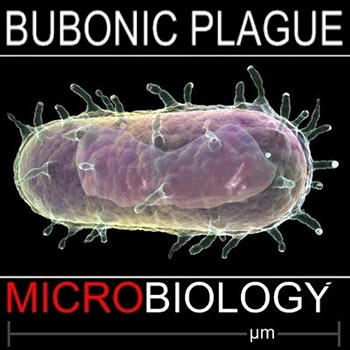 Ebola, on the other hand, causes fever, sore throat, muscle pain, and headaches. This escalates to vomiting, diarrhea and a rash, as well as impaired kidney and liver function. In some cases, patients show both internal and external bleeding, such as oozing from the gums, or blood in the stools. This eventually culminates to death between six to sixteen days of contracting the disease.
Another difference between the bubonic plague and Ebola is the manner in which it is transmitted. Ebola can be spread through the exchange of bodily fluids, such as blood, semen, breast milk, etc., as well as through contact with the infected persons urine, saliva, sweat, feces, and vomit. However, the bubonic plague can be only spread through the bite of the rat flea. If the bubonic plague is treated in time, then the risk of death is between 1% and 15%; however if untreated then the risk is between 40% and 60%. Whereas, Ebola kills between 25% and 90% of its victims.
Comparison between Ebola and Bubonic Plague:

who is the author