Difference between Error and Mistake

Key Difference: Error and mistake are two different words that are actually synonyms of each other. They mean the same thing, but are used in different context.

Error and mistake are two different words that are actually synonyms of each other. They also mean the same thing, something that is done incorrectly or is wrong. This could be due to bad judgment, inattention or may due to lack of focus. The main difference between the two is the context that they are used in. 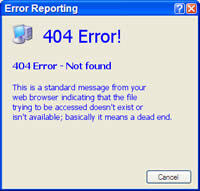 This term is also used in baseball and is defined by Dictionary.com as “a misplay that enables a base runner to reach base safely or advance a base, or a batter to have a turn at bat prolonged, as the dropping of a ball batted in the air, the fumbling of a batted or thrown ball, or the throwing of a wild ball, but not including a passed ball or wild pitch.” The term is also more commonly used in technical terms such as when computing or dealing with software and hardware, if the person inputs wrong data or wrong programming, it results in an error, where the program cannot work or the system won’t start. 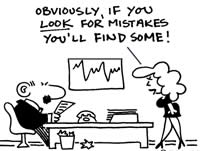 The term mistake is more commonly used when dealing with humans. Mistakes are not always terms as bad, as the saying goes, “humans make mistakes!”

I have just known fully information from this website.Thanks so much. 11/30/2017