Difference between Fructose and Sugar

Key difference: Fructose is also known as fruit sugar, as it naturally and most commonly occurs in fruits and plants. Along with glucose and galactose, it can be directly absorbed into the bloodstream during digestion. The table sugar, also known as sucrose, is a type of disaccharides. As a disaccharide, it is made up of two molecules; one of glucose and one of fructose. 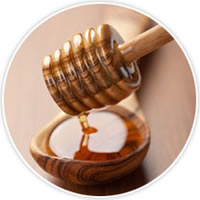 Fructose is also know as fruit sugar, as it naturally and most commonly occurs in fruits and plants. Along with glucose and galactose, it can be directly absorbed into the bloodstream during digestion. Fructose is highly water-soluble, and appears as very sweet, white, odorless, crystalline solid. It is in fact twice as sweet as sucrose. Fructose can be found in honey, tree and vine fruits, flowers, berries, and most root vegetables. Fructose should not be confused with high fructose corn-syrup (HFCS), which is an artificially created and processed sweetener.

Sucrose, on the other hand, is a disaccharide. It is also known as saccharose. Sucrose appears as a white, odorless, crystalline powder with a sweet taste. As a disaccharide, it is made up of two molecules; one of glucose and one of fructose via a glycosidic bond. Sucrose is mainly found in sugarcane and beet roots, from which majority of the table sugar is processed. Sucrose is also found in molasses, brown sugar and maple syrup. Fruits usually contain small amounts of sucrose and varying proportions of fructose and glucose.

Sucrose is broken down quickly into the body. The body does this in order to obtain the glucose and fructose separately. Both are used for energy, however, glucose is used for cellular respiration. Glucose travels through the blood and diffuses across cell membranes, earning itself the name, ‘blood sugar.’

Sugar provides a quick boost of easily processed energy. However, despite its use to power human cells, they are empty calories. Sugars rarely have any of the other carbohydrates, proteins, vitamins and minerals necessary for a healthy diet. Also, any excess sugar in the body won't be used as energy and will instead be stored as fat.

In addition to contributing to excess weight and obesity, excessive sugar consumption boosts the chances of developing type 2 diabetes. Also, high blood-sugar levels cause the body to produce an excess of insulin, potentially damaging the pancreas. Sugars can also hinder the passage of blood proteins. They are also a leading cause of cavities. Glycoproteins from sugar stick to the teeth and become magnets for bacteria. The bacteria eat the fructose in sugar and produce lactic acid as a byproduct. The lactic acid can contribute to the wearing down of tooth enamel and the formation of cavities.

In regard to fructose, like all things, it is beneficial in small quantities, as there is evidence that it may help your body process glucose properly. However, consuming too much fructose at once seems to overwhelm the body's capacity to process it. When there is too much fructose in the body, the liver can't process it all fast enough. So, instead it turns them into triglycerides, and sends them into the bloodstream.

High blood triglycerides are a risk factor for heart disease. In addition, fructose does not trigger appetite-regulating hormones, hence leaving the brain feeling unsatisfied, which in turn continues to send hunger messages, leading to overeating. Studies estimate that about 10% of the modern diet comes from fructose. High fructose corn syrup has become incredibly inexpensive and abundant; hence it has crept its way into a great number of the foods today. High fructose corn syrup (HFCS) is made up of 55% fructose and 45% glucose. However, sucrose is half fructose and half glucose. So, HFCS actually doesn't have a whole lot more fructose than "regular" sugar.

In addition, all types of sugar, whether it is sucrose, fructose or glucose, provide the same amount of calories. One gram of sugar corresponds to 4 calories, which means that 1 teaspoon is roughly 16 calories and 1 tablespoon provides approximately 50 calories. However, the calorie and sugar content of the different foods containing sucrose, glucose and fructose can differ widely depending on the other nutrients present in the food.