In almost all living organisms, the brain is the center of a nervous system and plays an important role. It is responsible for all actions that happen in the organisms’ body, including muscle movement, workings of all organs, memory, releasing of necessary chemicals and hormones, etc. In humans, the brain is located in the head, along with sensory organs such as eyes, nose and mouth. 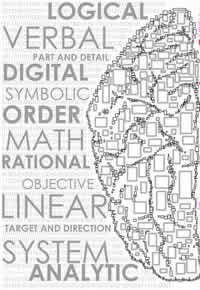 The human brain is covered by the cerebral cortex, a thick layer of neural tissue, which is folded in a way that increases the amount of surface that can fit into the volume available. The cortex is divided into four lobes: frontal lobe, parietal lobe, temporal lobe, and occipital lobe. Each lobe is responsible for particular set of functions such as vision, motor control, language etc. The cortex is also split in the middle in to two halves, the left and the right hemispheres. The left side and right sides of the cortex are similar in shape, size and most cortical areas are replicated on both sides. Some studies show strong lateralization between the two hemispheres, particularly when involved in language.

Though both the hemispheres play an important part, each hemisphere is believed to perform a different function. Majority of the right-handed population is believed to have left-side brain dominance, as the left side of the body is controlled by the right side of the brain, while the right side is controlled by the left side, with a few exceptions. Lateralization is commonly made evident by the right-handedness or a preference of the right or the left ear. Lateralization is the dominance of a particular side of the brain of a person. 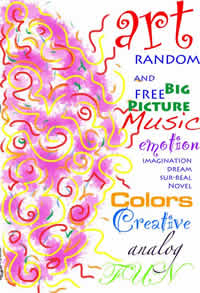 Even though both the sides are completely identical to each other, they perform different functions. Left-brain performs functions such as language, logic, critical thinking, numbers and reasoning. The left brain is considered to be more analytical, while the right side is considered to me artistic. The right side performs functions such as recognizing faces, expressing emotions, music, reading emotions, color, images, intuition and creativity. Artists and musicians are believed to be right-brained people, as the right brain is responsible for the creative side.

Lateralization and brain dominance of a person or if a person is right-brained or left-brained, has not been completely proven and theories are still under research. While some claim that dominance to be true and play a major part, others criticize this theory basing it on research which shoes that both hemispheres play a part when learning math.