Difference between Loose and Lose

Key Difference: ‘Loose’ can be used as an adjective or a verb. It refers to something that is not right or securely attached. ‘Lose’ is a verb that means to fail at something or misplace something.

‘Loose’ and ‘lose’ are two different terms, with two different meaning that creates a lot of confusion during use. Since the difference in spelling is minimal and the pronunciation is similar, these words are often interchanged.

The word ‘loose’ is an adjective which means to something that is ‘not tight’. Merriam Webster defines ‘loose’ as, “not rigidly fastened or securely attached; having worked partly free from attachments; having relative freedom of movement; not tight-fitting and free from a state of confinement, restraint, or obligation.” The word is mostly used to describe something which is not tight or securely attached. ‘Loose’ can also be a verb, during which it is used to describe to ‘release from restraint’. The term ‘loose’ originates from Middle English word ‘lous’ meaning “less.” 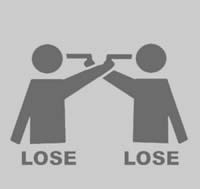 The word ‘lose’ is a verb that means to fail at something (like a game), or to misplace something. Webster defines ‘lose’ as, “to miss from one's possession or from a customary or supposed place; to suffer deprivation of; to suffer loss through the death or removal of or final separation from and to fail to win, gain, or obtain.” The term ‘lose’ originates from Old English ‘losian’ meaning “to perish”, or ‘los’ which means to “lose”.