Difference Between Plasma and Flat Screens

Key Difference: Flat panels are lighter and thinner compared to old cathode ray tube (CRT) sets and have width of less than 10 centimeters. Flat panel displays are of two types: static and volatile. Plasma, LCDs and LEDs are type of flat panel displays. Plasma is a volatile flat screen display technology, which is developed using noble gases that are electrically heated to produce light.

Today’s generation wants it all; it is no longer just this or that. Even among TVs, buyers want bigger, thinner and lighter, all with an amazing picture quality. With the continuous upgrade in technology, TV manufacturers are churning out thinner flat display panels with better image quality, higher resolution and faster refresh rates. 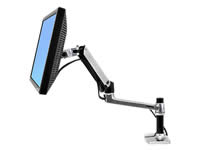 Flat panels are lighter and thinner compared to old cathode ray tube (CRT) sets and have width of less than 10 centimeters. Though the concept of a flat panel display was introduced by GE, University of Illinois is credited with developing the first ever working display panel in 1964. Flat panels are used in various applications such as, televisions, computer monitors, cell phones, laptops, digital cameras, camcorders, etc. Most commonly used flat panel displays use Liquid Crystal Displays (LCD) technology. 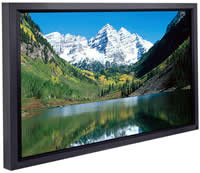 to produce light. Plasmas are most beneficial for displays bigger than 40 inches and are praised for producing good image quality, good picture color depth, excellent contrast ratio, and better motion.

A plasma display has tiny cells of noble gases (neon and xenon) and a small amount of mercury in compartmentalized spaces between two glass panels. The panels also have two electrodes between the glass panels, an address electrode and the display electrodes. In order to create the pixels, the address electrode and the display electrodes are charged, which then releases an electric current that flows through the cell. The charge stimulates the gas atoms in the cells to release ultraviolet photons. The photons interact with the phosphor material on the cell walls and give off light, creating a visible light photon. Each pixel has three subpixels, one coated with red, one with blue and one with green. By manipulating the intensity of the current, the system can produce hundreds of different combinations of the three colors and creates an image on the screen.