Difference between Myths and Folk Tales

Key Differences: Myths are stories that are used to explain a practice, belief or a natural phenomenon using made up characters. Folk tales are cautionary stories that have been passed down orally from generation to generation.

Myths and Folk tales are stories that we have often heard as children, however to us these were bedtime stories and we didn’t know if they were the same genre or different. But as we grew up, we realized that different stories mean different things and thus they fall into different categories. Similarly, folk tales and myths are two different types of stories that are often used interchangeably due to their similar nature. 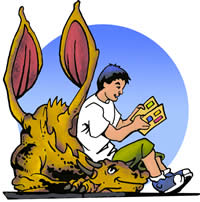 Myths, derived from the Greek word ‘mythos’ meaning “thought, story, or speech”, are stories or tales that have been rooted in religion or folk beliefs of that time. The stories were a way in order to represent or explain how the world came to be in its natural state and natural phenomena that occur in the world. They are usually supernatural in nature. Merriam Webster defines ‘myth’ as,” a usually traditional story of ostensibly historical events that serves to unfold part of the world view of a people or explain a practice, belief, or natural phenomenon; a person or thing having only an imaginary or unverifiable existence.”

Myths usually involve gods, heroes and humans, in various settings accomplishing supernatural feats. These myths could be elaborated accounts of historical events, an account of natural phenomena; a way to justify a ritual or teach behavior or morals. They use concepts such as triumph, tragedy, honor, bravery, and foolishness. Myths are basically attempts to explain creation, divinity, religion, to probe the meaning of existence and death, to account for natural phenomena and to chronicle the adventures of heroes. Examples of myths include Greek Mythology, Thor, Roman Mythology, etc. 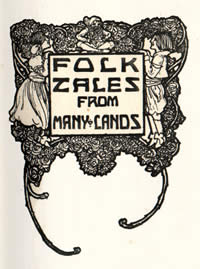 Folk tales are tales that have no particular origin or author and these tales have been passed down orally in cultures and tradition, before they were eventually written down. These are commonly known as camp fire stories, where people would sit around a fire and tell tales about people that may or may not have existed. These tales are a part of every culture that has been passed down from generation to generation. Though these tales were originally about real people, generation of oral communication tends to add exaggeration to the stories. Folk tales may also include talking animals, magical creatures, royalty or anything in order to entertain the listener. Merriam Webster defines ‘folktale’ as, “a characteristically anonymous, timeless, and placeless tale circulated orally among a people.”

Folk tales are also cautionary tales in order to warn children of consequences of certain actions. It tells them that the outcome of the person depends on the attitude the person has. It empowers the person, telling them they control their fate. The stories would revolve around the main character, who suffers various predicaments until they learn to make things right. However, the ending is not always happy-go-lucky. In certain stories the ending is sad or may result in the main character dying. For example, Little Red Riding Hood is the story of a little girl who goes to visit her sick grandma ends up being eaten by a wolf, after her mother warns her about not talking to strangers. This story would let the kids know about the repercussions of talking to strangers and not listening to their mothers.