Difference between Oil and Ghee

Key difference: Ghee is a type of clarified butter, whereas oil is a viscous, neutral and non-polar chemical substance. The difference between the two food items is based on their ingredients, method of preparation and uses.

In South Asian and Middle Eastern countries, a meal without ‘ghee’ is considered incomplete, whereas the same meal is considered tasteless, if not cooked in oil and mouth watering spices. Both, oil and ghee are used to enhance the flavor of a dish. So, why is it that people are gushing and going crazy about the liquid gold ‘ghee’ and forgetting about the golden ‘oil’? Let’s find out. 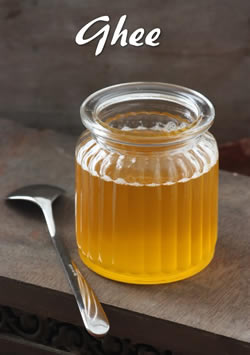 Oil, on the other hand, is defined as any neutral, non-polar chemical substance, which is a viscous liquid at ambient temperatures. It is made from plant, animal or synthetic fat. Oil is widely used for cooking, baking and frying, etc. This cooking oil is mainly produced in two separate processes. First, it is extracted from a seed, nut or a fruit. Then, it undergoes refinement to alter the appearance, texture, smell and taste.

In terms of cooking, oil and ghee are widely used as condiments, spread or added to food to zing up the flavor. Though, in an Indian kitchen everything from chapattis, curries and dals is laced up in ghee, while oil is a widely used ingredient in salads, pastas and other baked dishes in the West. But, based on their flavor and nutrients, ghee is considered a healthier option than oil.

In flavoring a dish, ghee can used because of its delicious buttery taste, whereas the flavor of oil depends on the fruit or vegetable which it is extracted from, but generally, it is tasteless. Another difference is that ghee is salt free, lactose free and does not burn easily at high temperatures. On the other hand, oil consists of trans fats and a low smoke point, which helps it burn easily at low temperature.

Ghee is said to be the ‘ideal cooking oil’ because of its many healing properties. It aids in digestion because of its light flavor. It also helps to improve absorption and increase the life energy force. It improves our memory, strengthens the brain, nervous and immune system. Ghee lubricates joints and connective tissues, which makes the body flexible. It also helps in stimulating a healthy flow of fluids throughout the body. 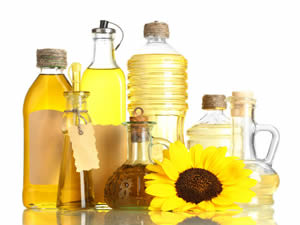 Oil, on the other hand, sure feels heavy to the stomach and the use of bad oil can lead to indigestion, clogged arteries and other problems. But, oil also has its uses. Oil consists of all the trans fats required by our body and brain to function properly. Coconut oil and olive oil are widely used because of their weight control properties.

Thus, oil and ghee are fairly delicate and healthy fats, respectively. It is their use, in moderate amounts, which makes all the difference. As, both used daily in small quantities, they can do nothing to disrupt one’s healthy life style.

Comparison between Oil and Ghee:

Is there any other difference between vegetable ghee and cooking oil in manufacturing processes. If yes then tell me in wording or block diagram