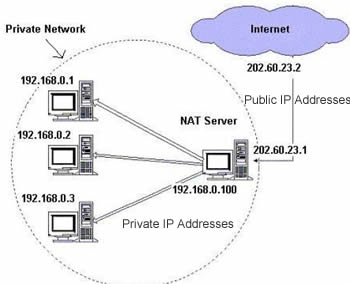 IP address or Internet Protocol is the number which acts as an identifier for the devices connected together in a computer network. Computers use IP addresses to identify each other and data is sent from one computer the other. It is a unique or exclusive number. This number is also known as IP number.

These addresses come in two different versions. IPV4 and IPV6. IPV4It is composed of four sets of number ranging from 0 to 255. Each set of number is separated from the other set by using a dot. Thus in total there are three dots. An example of IPV4 address is 192.8.7.32. IPV6 is written using hexadecimals and they are very longer strings of numbers in compared to IPV4. The sets of numbers are separated by using colons rather than dots.

Private IP addresses are meant to be used on private networks like home and office networks. They are the same as public IP addresses at a protocol level, however they differ organizationally. These addresses can only be used within a single administration which means that they are not to be used on the wider internet.

The IP ranges for private addresses are –