Difference between Supercomputer and Mainframe 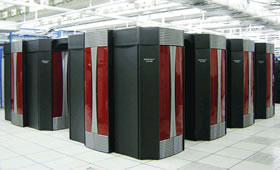 A supercomputer is a very powerful computer. It is used for carrying out calculations at a very fast rate. It deals with a huge amount of data but still does not compromise on speed. They are used for calculations involved in complex processes. For example – analyses and forecasting of the global weather pattern are conducted by using supercomputers.

These computers are very expensive and consume a lot of power. They are kept in a controlled environment which offers a special cooling system and security features. 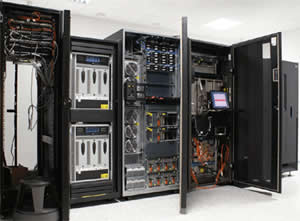 They are mostly used as specialized servers. They are generally priced at a range from 30,000 dollars and above. They also require a protective system which offers special air conditioning for keeping them cool. Almost every mainframe can run multiple operating systems, and therefore rather than operating as a single computer, it acts as a number of virtual machines.

Difference between Supercomputer and Mainframe:

yo this website is great dont stop continue this great information