Key Difference: Test Tube Baby, scientifically known as In Vitro Fertilization is the process of fertilizing an egg outside of the woman’s body. Surrogacy is the arrangement when a woman agrees to carry a baby for another couple or person. 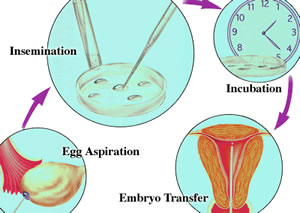 Test tube baby and surrogacy are terms that a person must understand if they are facing problems conceiving children normally. These two procedures are alternatives to having a normal birth, where a woman becomes pregnant after having unprotected sex with her male partner. In case a woman fails to become pregnant after two years of unprotected sex, test tube or In Vitro Fertilization and Surrogacy options are used. These are two different options and the terms should not be interchanged as they mean two different processes. Let’s understand these terms separately.

Surrogacy is the arrangement when a woman agrees to carry a baby for another couple or person. There are two kinds of surrogacy: traditional and gestational. In traditional surrogacy, the child’s mother is genetically linked to the child, while in gestational she is genetically unlinked to the baby. In traditional surrogacy, the woman could be impregnated via artificial insemination using fresh or frozen sperm. Artificial insemination is the process of introducing semen into a woman’s vagina or oviduct to achieve pregnancy.

In gestational surrogacy, IVF can be used to impregnate the woman. IVF procedure is used to fertilize the egg, which is then placed into the womb of the surrogate rather than the genetically linked mother. The eggs are used from the mother and they are fertilized from the sperm of the father; however, the fertilized egg is placed in the womb of the surrogate mother. Surrogacy is mostly used when the woman trying to bear a child is unable to due to complications with her womb. The womb could be weak or hostile, resulting in rejection of the eggs or sperm. Surrogacy can also include monetary payment for the surrogate mother. The couple could pay the surrogate to carry the child. If the surrogate receives compensation beyond the reimbursement of medical and other reasonable expenses, the arrangement is called commercial surrogacy; otherwise, it is often referred to as altruistic surrogacy.

There are many differences between test tube baby and surrogacy. In test tube baby, the egg is fertilized in a Petri dish and then placed into the mother. IVF is the process of fertilizing the egg. However, surrogacy is basically who will carry the child and give birth to it. In surrogacy, the egg could be of the surrogate mother, with just the semen being introduced into the womb or a fertilized egg of the child’s genetic parents could be taken and placed into the womb of the surrogate mother.

IVF is used when natural pregnancy does not occur due to faults in the egg or the sperm. However, surrogacy is used when the mother cannot carry the child due to weak or problems with her own womb. Both of these are expensive processes of having a child.