Key difference: Disney World and Disneyland are famous entertainment theme parks, which are favorites among both kids and adults. Walt Disney World is situated at Lake Buena Vista, Florida, whereas Disneyland is located at Disneyland Resort in Anaheim, California. 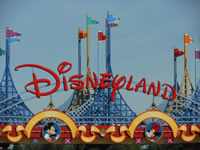 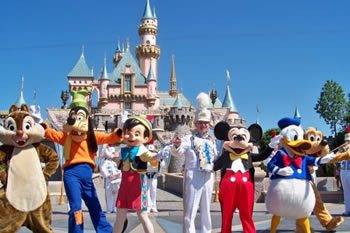 Disneyland or Disneyland Park is the first theme park under the direct supervision of Walt Disney. It opened on July 17, 1955 at the Disneyland Resort in Anaheim, California. It was the most famous theme park at its time. There’s a small cute history and incident related to its establishment. Since its opening, Disneyland has undergone a number of expansions and renovations, which includes adding many such attractive centers of attractions like the New Orleans Square in 1966, Bear Country (now Critter Country) in 1972, and Mickey's Toontown in 1993. Disneyland has a larger cumulative attendance than any other theme park in the world, with over 650 million guests since it opened. 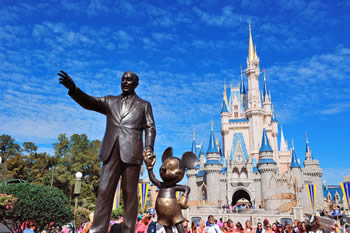 The Walt Disney World Resort, informally known as Walt Disney World, or mostly well known as Disney World, is an entertainment complex. It opened on October 1, 1971, in Lake Buena Vista, Florida. It is regarded to be the most visited attraction in the world, with the recorded attendance of 52.5 million annually. It covers a property of 25,000 acres (10,117 ha; 39 sq mi), in which it houses 24 themed resorts, four theme parks, two water parks, and several additional recreational and entertainment venues. Its center of attraction, “The Magic Kingdom” is the original theme park in the complex, while the Epcot, Disney's Hollywood Studios, and Disney's Animal Kingdom were opened at 1980s and 1990s. 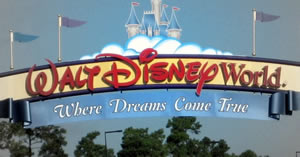 The Disneyland was established prior to Disney World. Both the amusement parks are world famous for their spectacular entertaining services. Disneyland was established prior to Disney World. They are huge and constructed under a wide and huge acre of land. Along with the theme parks, they also consist of resorts inside their land, in order to provide comfort and good services to their visitors. There are even more upcoming fascinating and exciting projects in both the parks. They are known to provide a full package of entertainment and amusement. It is suggested that everyone in the world must at least once visit any of the parks, in order to actually experience the real entertainment. As per the March 2005 records, it is reported that, there are 65,700 jobs supported by the Disneyland Resort. Hence, not only do they entertain but they have provided employment in a large amount.