Key difference: The Chevrolet Spark and the Maruti Suzuki Wagon R are automobiles coming from the hatchback family of cars. They are differentiated from one another by their manufacturer, design, engine configuration, performance, etc. 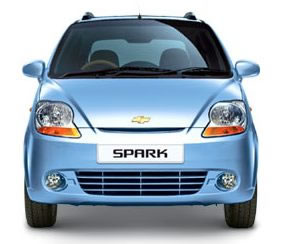 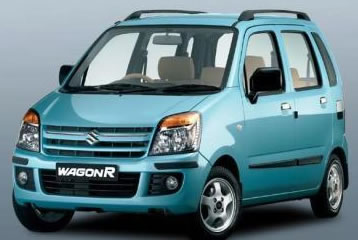 The Maruti Suzuki Wagon R is the Indian version of Suzuki’s Wagon R car which is sold in the international car markets. Manufactured and sold by Maruti Suzuki, which is Suzuki’s Indian subsidiary, the Maruti Suzuki Wagon R was first launched in India in December 1999. Since then, the car has been consistently featured in Maruti’s annual list of best selling cars, along with the likes of Alto, Maruti 800, etc. The Wagon R has undergone three upgrades until the year 2010. Featuring Maruti’s unique K series engine, the Wagon R is available its petrol, diesel and LPG variants as well. Made of aluminum, the K10B engine is light yet powerful in performance, benefited by a 5-speed manual transmission gearbox. The car is provided with an elegant and tall finish to complement its interior features such as power steering, power windows, warning lamp, keyless entry, dual airbags, etc. Maruti has also done well to lend some unconventional aspects to this car, such as a tilted steering, under seat tray, door trim fabric, security system, etc. However, the mentioned features are not accommodated in all the models presented by Maruti. A consumer will have to shell out more money to own these features which are available only in the top models of this car. Even so, the Maruti Suzuki Wagon R is one of the best options available for a family that is looking out for an efficient and affordable hatchback car.