Difference between Daycare and Babysitting

Key difference: A daycare means an institution where parents/guardians drop off their children to be looked after during work hours. Babysitting is the act of a child being watched over temporarily. Babysitting is a form of daycare. 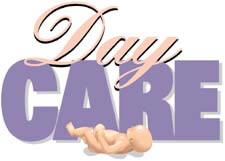 Daycare, as suggested by the name, refers to the act of a child being looked after during day time, as his parents/guardians can’t do so due to their work responsibilities. Daycare is often inevitable for working parents and in most cases, proves to be a boon. Dropping the children off at such an institution means that the parents don’t have to worry about their child’s safety and security etc., which allows them to single-mindedly focus on their work. Daycare may be performed at a daycare center or at a child’s residence itself. Daycare comprises of sub-variants such as nanny care, babysitting, family daycare etc. 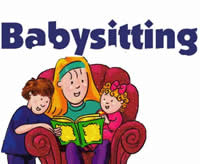 Babysitting is the act of a child being watched over temporarily. Babysitting is actually a form of daycare. This facility is opted for by Parents/guardians who can’t stray back at home to look after their kids, due to their work commitments. Babysitters are usually teenagers, who carry out such activities for some quick and easy pocket-money. As part of babysitting, a child is expected to be fed well, watched over while he’s sleeping and played with if necessary. Babysitters generally go through a formal babysitting course, before they begin professional babysitting. This course acquaints them with the know-hows of child safety and general well-being, which allows them to act correctly and independently in the event of an emergency.

Comparison between Daycare and Babysitting: