Difference between Hyundai i20 Era, Magna, Sportz and Asta

Key Difference: The i20 is a hatchback car designed and developed by Hyundai as the successor to the i10. Hyundai i20 Era, Magna, Sportz and Asta are the variants of the car.

The Hyundai i20 is a hatchback car which is a successor to the i10. It was announced to the public at the Paris Motor Show and was launched in 2008. The car is a great success for Hyundai in all the markets. It has many safety features like airbags, ABS, EBD (Electronic Brake-force Distribution), anti-pinch electric windows, etc. Many classify the i20 as a supermini car. It is available in the markets with two body options viz. three-door and five-door hatchbacks. 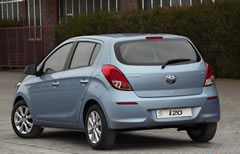 The i20 is similar to the Hyundai Getz, but has more legroom and space. The Hyundai i20 is produced in India for the Asian and Oceanic markets; and for the European market it is being produced in Turkey. South Korea and North America are the markets that do not have the i20 for sale. This is because the Accent hatchback is in great demand in those regions. Some changes were made to the car like new headlights, tail-lamps and front grill with re-tuned engine; and it was released as the ‘i-Gen i20’ in India in March 2012.The Hyundai i20 has variants such as Era, Magna, Sportz and Asta; Era being the basic model and Asta being the top. All the variants are available in both petrol and diesel versions. There are differences in features and specifications between these variants.

Comparison between Hyundai i20 Era, Magna, Sportz and Asta:

Note: Standard comparison is made between the variants and it may vary among different markets with different features.

It is an excellent car. The features essential for safe driving.