Difference between Metabolism, Catabolism and Anabolism

Key Difference: Metabolism refers to the bio-chemical reactions that take place in an organism. These reactions are important for maintaining life.  It consists of two processes – Catabolism and Anabolism. Catabolism deals with breakdown of larger molecules into smaller ones. These are usually energy releasing processes. On the other hand, Anabolism is related to the synthesis of complex molecules from simpler ones. These are energy-using processes. 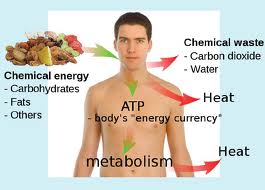 Cells are important constituents of any organism. Numerous chemical reactions take place in these cells in order to carry out different actions. All the reactions are together referred to as metabolism. The chemicals that are involved in metabolism are known as metabolites. Metabolism as biochemical processes, are important in many contexts. They are important for maintaining life. These processes provide the necessary mechanisms for growth, reproduction, repair damage and many more.

The reaction of metabolism are organized into metabolic pathways like in a metabolic pathway known as glycolysis, glucose is converted into pyruvate and produce ATP. During the chemical reactions, energy is involved. It is either taken in or released. Metabolism is responsible for managing material and energy resources of the cell. In catabolism more complex organic molecules break down into simpler substances. These reactions usually result in release of energy which is further used to drive chemical reactions. 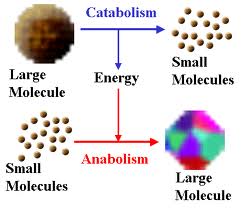 Organisms are classified on the basis of type of Catabolism –

Comparison between Metabolism, Catabolism and Anabolism:

describe the basic difference between metabolism,anabolism and catabolism

It was great if you included information about citation.