Key Difference: The Reserve Officers were originally created as part-time forces that could be helpful during war times. Regular Officers are officers that are on active duty. A Regular Officer has a better chance of being promoted, can serve longer and cannot be involuntarily let go. A Reserve Officer is not offered the same benefits. 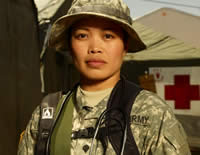 Reserve Officer and regular officers are two kinds of posts that are present in the army or the navy. These two terms are often confusing for many people if they are not deeply into the military culture. Reserve Officer and Regular Officer do the same duties; however, the major difference lies in their appointment.

According to the 2005 Military Authorization Act, “all commissioned officers on active duty be given a ‘regular’ commission. Officers commissioned in the Reserves will continue to receive a ‘reserve’ commission.”