Difference between Contemporary and Traditional Art 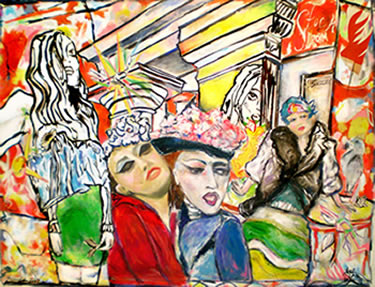 Contemporary art is the present day art. It is all about the ideas and concerns which are solely aesthetic (the look of the work). It includes and develops postmodern concepts in its art form. In simple terms, this art form reflects Modernism.

Contemporary means to be in continuation, that is, these art forms reflects the creation of lifetimes. These are those art forms, which are practiced from the 1970’s. They represent and reflect particular issues related to any desired subject, which are then pictured in the contemporary art form. These are issues related to the society and the new ideas. There are societies, institutions and galleries, where the contemporary arts flourish and are practiced. These art forms represent the ongoing conceptual issues of the society and its influence on a person or an individual. Basically, the contemporary artists portrays the new modernized issues and ideas by their thoughts into an innovative form. Some examples, which are emphasized on these art forms are like feminism, multiculturalism, globalization, bio-engineering and AIDS awareness. 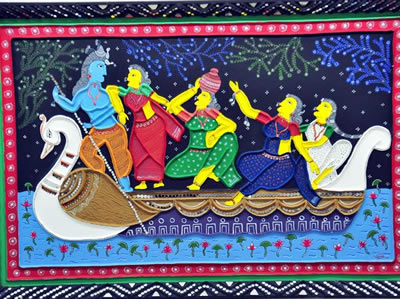 Traditional arts are a kind of arts, which are a part of any culture, skills and knowledge of a group or generation of people. The people or group generally belong to the historical era/ times. These art forms comprise of anything done with the hands, such as the painting, printmaking and sculpture among others.

The traditional art reflects the art forms of previous generations, their lifestyle, thoughts and belief. The traditional art’s artists do not try to focus on the materialistic ideas or views, but on the usage and the concept behind their usage in a creative form. They work in groups, and belong to a particular community; due to which it is possible for them to represent their cultures and forms. These art forms emphasize particularly more on the creativity concept. The work of traditional artists are rooted deep inside the past, which is innovated and affected by the technology. The aesthetic sensibilities that evaluate traditional art are defined by their community and not by anyone from some outside set of standards. It is also subtly influenced by factors such as migration or mass media. Traditional artists create contemporary living forms such as a song, a dance, or a handmade object.

Comparison between Contemporary and Traditional Art: